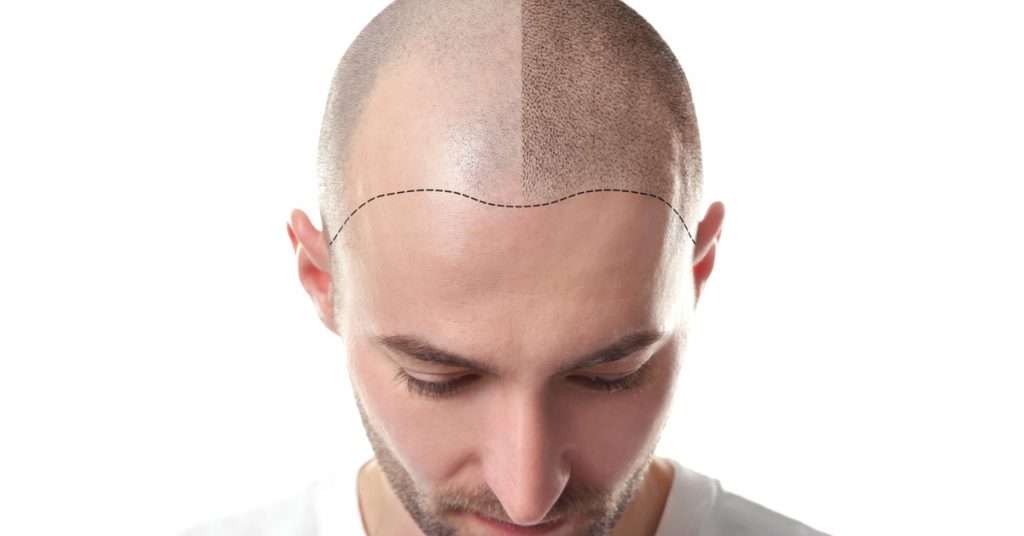 Hair Transplant Surgery: Getting your hair transplant surgery in Lahore, Pakistan should be your strong consideration, if you are an expatriate Pakistani living abroad and need hair transplant surgery at a fraction of the cost that you would otherwise pay in most countries of Europe and North America. While most centers in the United States with good reputation would normally charge you around $6000 – 7000 for a routine session of 1500-2000 grafts, you can get the exact same quality of surgical craftsmanship for $1500 or so in Pakistan. That is exactly why we cater a large number of expatriate Pakistanis who come to visit their families for vacation and schedule their hair transplant surgery during the same trip. Lahore is home to some of the finest and most skilled hair transplant surgeons in the world, including Prof. Dr. Azim Jahangir Khan, who has a vast experience of over 15 years working in the United States prior to return to his native city of Lahore. In last eight years of his practice in Lahore, he has treated literally thousands of patients with hair diseases, and has performed surgeries on many national and international icons. Unlike many other hair transplant centers which either make false claims of treating some media personalities who they pay to be on their advertisements, or in fact might have treated some of the media icons free of charge to be their spokespersons, we believe in strict professionalism and patient confidentiality and do not advertise our most sacred assets – our patients. Rest assured, we will never make it public that you were ever treated by us – as a guarantee of top confidentiality to our patients (unless required by law in certain and extremely rare circumstances). There are many options available to get an affordable hair transplant surgery in Pakistan. Horrifically, from a totally unqualified wig-specialist or a barely qualified doctor, to a properly trained and internationally acclaimed skilled cosmetic surgeon who actually specializes in hair transplant surgery, there are many options to choose from. In Pakistan Hair transplant surgery is not strictly regulated by the health ministry, and can be confidently performed by anyone really— qualified or not. You as a patient are advised to thoroughly consider and confirm the credentials of your Hair loss treatment specialist especially when choosing a hair transplant surgeon in Lahore or in any other city of Pakistan. Unfortunately, many hair transplant centers in Pakistan also cheat their patients by making false claims of planting more hair, using a particular technique and, much to our surprise, employ funny and ridiculous ways of charging them for every single hair separately. This is done only to camouflage the cost of the hair transplant.

Some hair transplant surgeons report success using body hair for scalp transplants, but other doctors aren’t so sure.

The techniques used in hair transplantation have undergone improvements since the method was first introduced in Japan in 1939. Now, a reportedly new technique is getting attention for transplanting body hair to the scalp — but not all hair transplant surgeons expect it to be effective.

Hair transplant surgeon Robert Jones, M.D., of Oakville, Ontario, performed innovative chest-to-scalp hair transplantation in 2008, using techniques that reportedly improve on previously poor results. Dr. Jones’ breakthrough — published in the June 2008 issue of Dermatologic Surgery (34 [6]: 857; Epub 2008 Mar 24; PubMed PMID: 18363725) — was that he was able to implant the hair into scar tissue on the scalp. The scar tissue was the result of a previous hair transplant (the scar is typically a line across the back of the head where hair, now in front, was “harvested”).

Another doctor, Sanusi Umar, M.D., who is associate instructor of dermatology at the University of California, Los Angeles, was interested in replicating the technique. Dr. Umar maintains a clinic in Redondo Beach, Calif., where two patients were looking to improve on their previous hair transplants. Both were specifically dissatisfied with the appearance of their hairlines (the place where hair meets the forehead), which Umar reportedly fixed by transplanting between 1,500 and 1,800 leg hair follicles. While body hair may be different from what grows from the scalp, the two patients were pleased with the end result.

“The hairline was fully grown and soft-looking by nine months,” Dr. Umar told a writer for The New York Times, explaining that one of the patients “started combing his hair backward and sporting a ponytail, exposing his hairline comfortably.” In eight subsequent cases (one of whom is a woman), the technique reportedly has worked equally well. In each, says Umar, traditional hair transplants were ineffective or unworkable because of scar tissue or lack of donor hair.

PrevPreviousGreat Answers On How To Get Denser Hair

With excessive hair loss, you can lose the personality’s confidence and charm of your life. Undoubtedly, hairs are a beauty makeover for both men and women. If you are suffering from extreme hair fall that even your scalp is becoming visible, then take a hair transplant in Lahore from Cosmetique clinic.

445 G 4 Block Main Boulevard Near Khokhar Chowk Johar Town Lahore Pakistan
2004-2023 All Rights Are Reserved © cosmetique.com.pk
We use cookies on our website to give you the most relevant experience by remembering your preferences and repeat visits. By clicking “Accept All”, you consent to the use of ALL the cookies. However, you may visit "Cookie Settings" to provide a controlled consent.
Cookie SettingsAccept All
Manage consent

This website uses cookies to improve your experience while you navigate through the website. Out of these, the cookies that are categorized as necessary are stored on your browser as they are essential for the working of basic functionalities of the website. We also use third-party cookies that help us analyze and understand how you use this website. These cookies will be stored in your browser only with your consent. You also have the option to opt-out of these cookies. But opting out of some of these cookies may affect your browsing experience.
Necessary Always Enabled
Necessary cookies are absolutely essential for the website to function properly. These cookies ensure basic functionalities and security features of the website, anonymously.
Functional
Functional cookies help to perform certain functionalities like sharing the content of the website on social media platforms, collect feedbacks, and other third-party features.
Performance
Performance cookies are used to understand and analyze the key performance indexes of the website which helps in delivering a better user experience for the visitors.
Analytics
Analytical cookies are used to understand how visitors interact with the website. These cookies help provide information on metrics the number of visitors, bounce rate, traffic source, etc.
Advertisement
Advertisement cookies are used to provide visitors with relevant ads and marketing campaigns. These cookies track visitors across websites and collect information to provide customized ads.
Others
Other uncategorized cookies are those that are being analyzed and have not been classified into a category as yet.
SAVE & ACCEPT